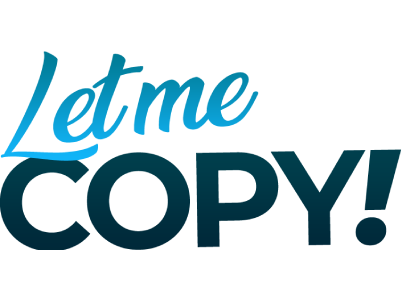 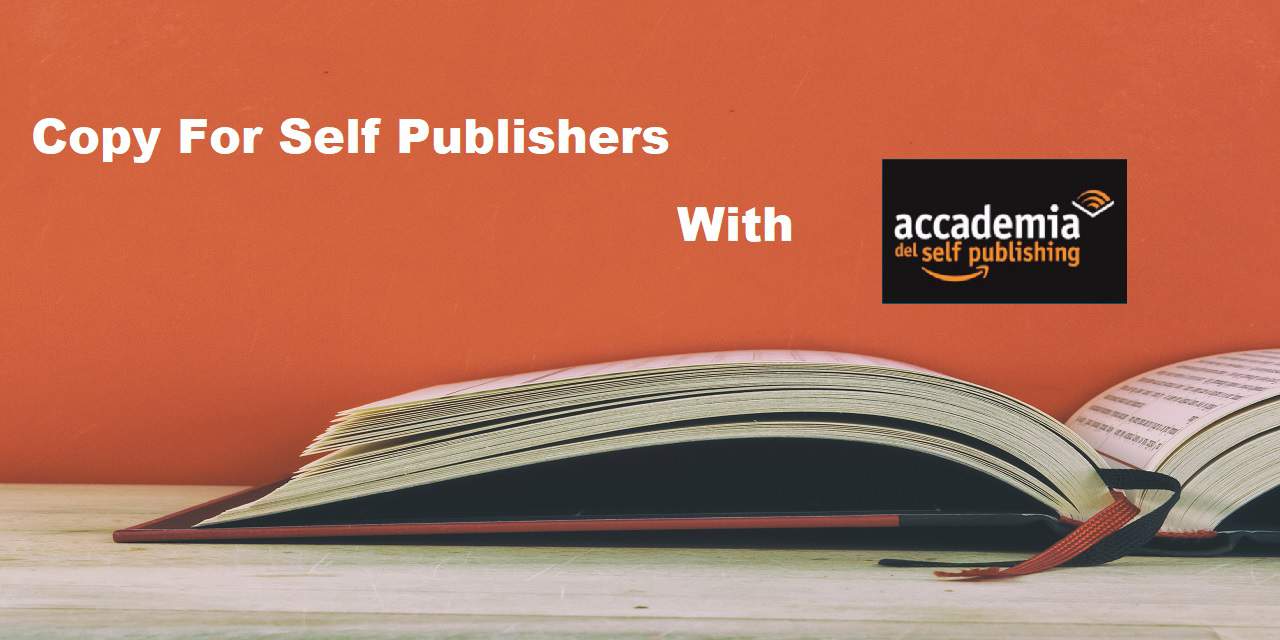 The case study that is reviewed below, is taken from the world of self-publishing. For those unfamiliar with it, it is a business model, based on the sale of both books and ebooks on Amazon. By studying market demand, we came up with an idea on how to create a book that meets the needs of users, while generating a business in publishing 2.0.

No ads, no advertising campaigns on Facebook… The secret ingredient – persuasive copy, extracted directly into the product. The results were least to say interesting, as they converted a small market test into a decisive competitive advantage for bringing customers.

Here’s what we were asked, how we did it, and what results we got.

We were contacted by Vittorio Addis, one of the most brilliant students of Alessandro Arnao’s Academy of Self Publishing. The Academy is a digital training school for those who want to dive into the world of self-publishing; some of the best Italian entrepreneurs in the sector used to study Alessandro Arnao’s content and translated the learned principles to hundreds of sales every day.

Vittorio also used the obtained knowledge from The Academy and achieved great success. His books, available for quite some time on Amazon, managed to transform this endeavor into a steady and sustainable full-time business.

Even though he applied every piece of advice out there to perfect his books, Vittorio was still unsatisfied and felt he could go further. He was confident with his writing and felt the need to compete at a higher level with other books already on the market… extending and maximizing the potential of his own…

In self-publishing, many authors try to gain exposure by increasing and improving their book reviews. As perfectly sensible and logical as it sounds, its effect comes merely to generating a “war for reviews” that never ends. Getting an extra review or a better rating is not too hard to do itself, but it only makes your competitors more enthusiastic to hit back even stronger. As a result, such behavior kills everyone’s margins, nor provides you with any real superiority among your competitors…

On the other hand, Vittorio took a different approach and thought out of the box. With that, he found a small detail that would empower him to leverage it as a strong advantage against his competition – the copy.

What did we have to do

It is said that you should “never judge a book by its cover”, but honestly said, everyone does that. If we get attracted to a book’s title, subtitle, and graphics… most probably this book has already won us over and there’s no need for much reasonable justification for the purchase before our brain – we already like what we see…

So Vittorio decided to transform the cover of his book into a unique piece of copy, a weapon that would convince people to buy it even before getting to the reviews.

We started with a single book to test on. It had reached its golden peak in terms of sales a few months earlier. After a couple of weeks being a category bestseller, however, a slow, but constant decline started undermining the initially hopeful results. It was the just perfect product to test.

Thirty days available in front of us and a winning cover to be created. This time it was necessary to bend copywriting to a completely different context than the usual, a challenge that we could simply not refuse.

What was our strategy

And there you have it, this was our strategic attack pattern. Now we just had to translate it into practice, but taking into consideration a number of limitations that came along with that.

The first limit is that on Amazon, to make the results of the various authors homogeneous, there is a maximum number of characters that can be used in a book’s title and subtitle (could be regarded as a disadvantage, but we turned things around with confident copy).

The second, a much more difficult to handle limitation, concerns SEO (Search Engine Optimization), which doesn’t only relate to Google. Even on Amazon, when people search for a given product, they tend to usually click on the first displayed result.

To ensure a lasting success for our book, we had to leverage Amazon’s algorithm. Everything here was only playing a game with words. If used properly, this would have allowed us to emerge among the top search results.

Creating a winning and persuasive copy, without stepping on the limits imposed by Amazon and SEO, was not a simple thing, but…

The book was aimed at a very selective niche of people, one that was very precise and narrow. In such a niche, with a great abundance of passionate people, those who speak inauthentically and without knowledge of the facts can be recognized immediately.

We did not have much choice other than studying the psychology of our end client. We had to go through related other books on Amazon in order to align with the end customer in all respects to the fullest extent and detail possible.

In the end, we created a copy that was quite different from what our competitors had to offer: it was not only way clearer and more direct, but also richer in keywords and semantic correlations, capable of moving the algorithm.

After a couple of weeks, Amazon rewarded our effort: the book ranked second for the most important search key, moving up two places. The pace of sales has increased sharply and this allowed us to collect even more reviews, triggering a virtuous circle that has not spared our competitors. 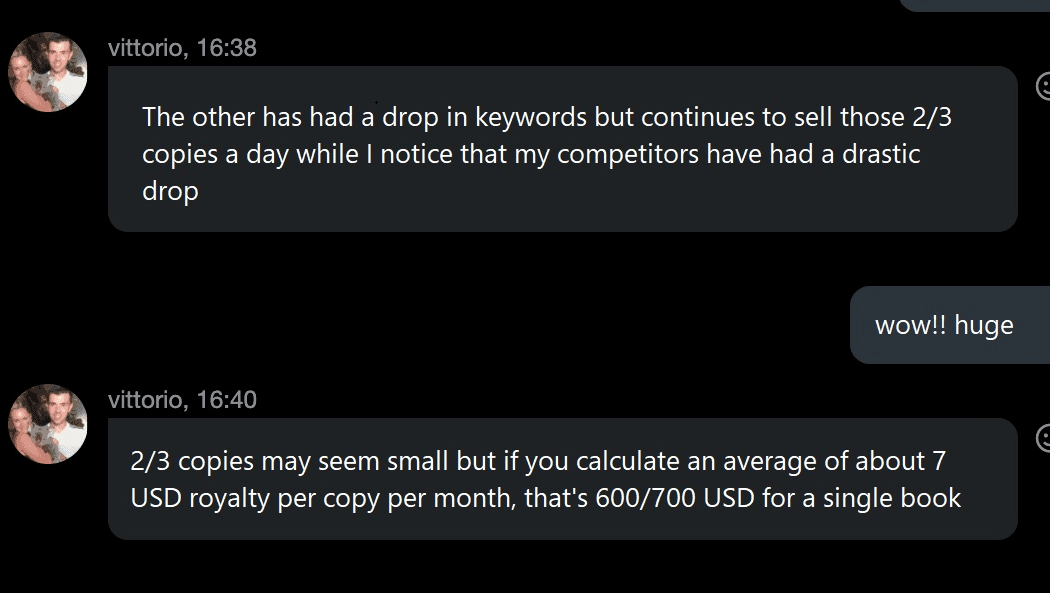 As initially planned, Vittorio’s book was just a test, which eventually turned into a profitable success. After seeing what can be achieved with copy mixed with self-publishing, we started a service with the official collaboration of Alessandro Arnao’s Academy of Self Publishing – students of the Academy can request the copywriting service for the cover, title, subtitle, and description of their book.

Since the beginning of this partnership, we have created over 80 works of this type, generating a total of hundreds of thousands of euros in terms of sales for the Academy’s self-publishers.

Immense credit goes for Vittorio’s foresight and vision, who found a new application for copywriting based on the science of persuasion.

If you are searching for a way to increase your ebooks’ sales on Amazon and want to experience the benefits of copywriting, do not leave anything to chance, and do let us know by clicking here – LetMeCopy does the rest.